The James Webb  Space Telescope was named after a former administrator who worked for NASA in the 1950s and 60s and oversaw the Apollo program.

It is the world’s largest and latest orbiter telescope with a mission length of 5 to 10 years. It cost a whopping 10 billion USD and took about 25 years to design and manufacture.

Its main mission is to search for the first galaxies after the Big Bang, following the evolution and the formation of stars. It has state-of-the-art technology allowing us to see further away from earth than ever before.

It has taken over from the legendary Hubble telescope launched into low Earth orbit in April 1990.

The James Web telescope is currently in space orbiting the sun at a distance of 1.5 million kilometers away from Earth.

This is different from the Hubble telescope that orbited Earth.

It is operating at a temperature of minus 266.75 Celsius, which is only slightly warmer than absolute zero at 273 Celsius.

The telescope uses infrared technology, enabling us to see the universe in a way never seen before.

It has had more than 100 scientists working on this project.

It launched on 25th December 2021 supplying its first image that was broadcasted on 12th July 2022.

The image went viral around the world and consisted of a young star region called NGC 3324 located approximately 7,600 light years away.

The process of star formation is complex and there is still so much we do not understand so far. Newly born stars are born from dense chunks of dust and gas that collapses under gravity and start attracting material from the cloud around them.

This forms a disk as the star spins, causing lots of dust to be thrown around it. This stops light from escaping, therefore making it impossible to see the formation with a standard camera.

The longer wavelength of infrared allows the lenses to penetrate dust enabling us to observe the formation.

Its primary mirror is made up of 18 hexagonal mirror segments, made of gold-plated beryllium, giving a total area of 6.5-meter diameter compared with Hubble’s 2.4-meter diameter. 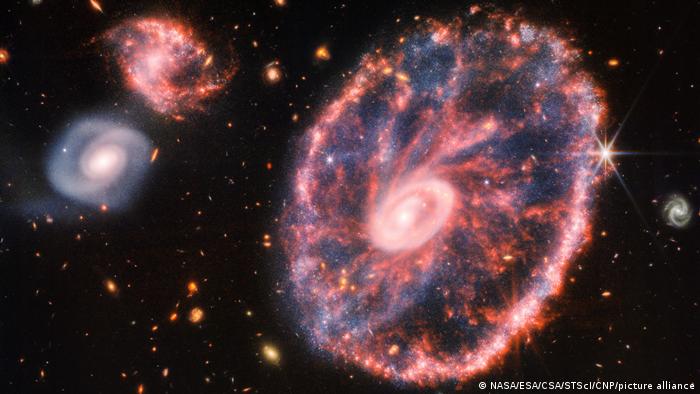 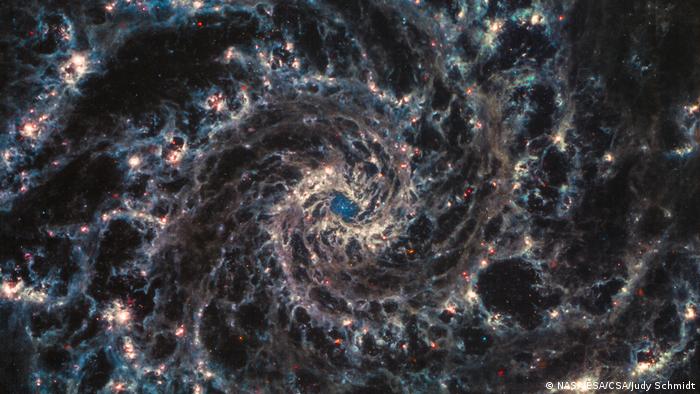 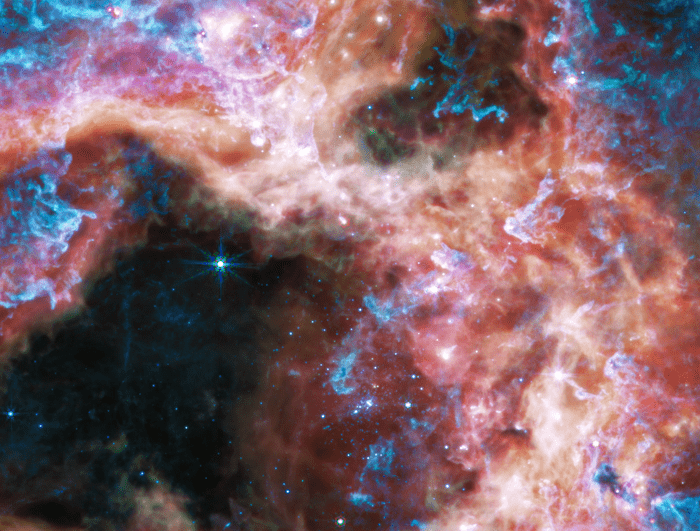